How Your Managers Can Harm You 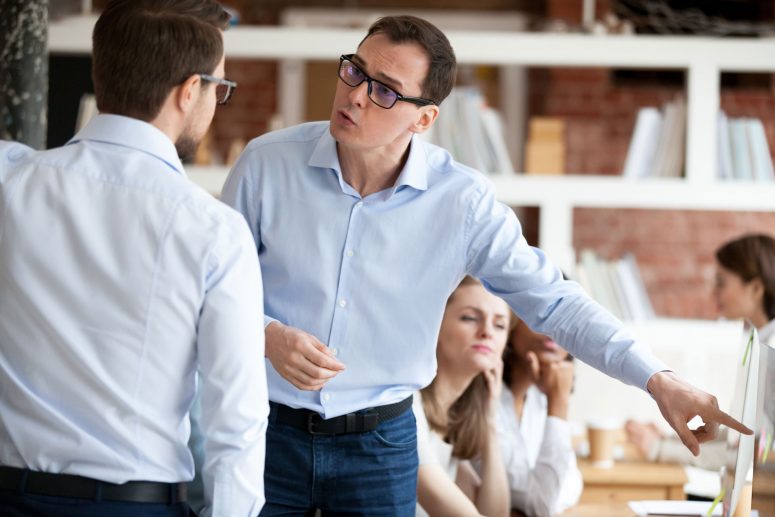 Do you know how your managers are leading their teams?  Many employers have ended up in expensive litigation because of comments made by managers and supervisors.
Front-line managers and supervisors are responsible for a large number of discrimination and retaliation claims, and if you get the Human Resource publications that I do – you know it’s true.
The person who interacts with your employees the most often is probably their supervisor or manager.  That’s who they go to when they have a problem, need a day off, or need help with a project. If that person is not well trained on how to respond to requests that could become ADA or EEOC issues, then you have a time bomb waiting to go off.
Let me give you just two examples:

Both of these examples could have easily been avoided had the manager in charge been properly trained.  Do you have a plan in place for when an employee requests time off for a medical procedure, or a recurring illness?  Is there a process you follow when an employee asks for an accommodation in order to do their work? How do you train your managers to respond to these requests?

The type of culture that you encourage in your business will help you or hurt you when you have these issues.  If your basic culture is one of “our people first”, then the natural reaction is going to be the right one. “How can we help you get through this and what do you need?” should be the first reaction.  Even if in your secret heart you’re thinking “oh, man, how can we do without them for 3 weeks??” Outwardly, you’re going to be as pleasant and helpful as you can.
It is your responsibility to know when your company or em-ployees qualify for FMLA or ADA and how to administer these statutes.  For more information: Facts About the Americans with Disabilities Act
https://www.eeoc.gov/eeoc/publications

We will discuss ADA and FMLA statutes in our next blog.